Pioneers of the Modern style

Finnish architect and designer couple Alvar Aalto (1898-1976) and Aino Aalto née Marsio (1925-1949) redefined modern architecture and design and pioneered the way toward a humanistic and natural approach to spaces.

A meeting of two minds

Alvar and Aino Aalto’s formative years at the Helsinki University of Technology (now the Aalto University) happened at a critical time in Finland’s history. The two met as architecture students in the 1910s: a decade shadowed by the political turmoil of the First World War, the Russian Revolution, the birth of the Finnish Republic, and finally the ensuing Finnish Civil War, in which the 20-year-old Alvar fought in alongside fellow students. After the trauma of the war years, the desire to re-build and heal a nation ravaged by destruction, as well as redefining its values and role in the world, would become the defining drivers of the Aaltos’ careers.

Alvar Aalto had difficulties finding work in Helsinki, so he set up his own architectural studio in his hometown of Jyväskylä in 1923; where perhaps not quite coincidentally, Aino Marsio was already working in Gunnar Wahlroos’ studio. A strong and independent-minded modern woman, Marsio was one of the few woman architects to graduate from the University of Technology, just a year before Aalto. She had already managed to secure successful positions with several architects including Oiva Kallio and Bengt Schalin and had travelled in Europe. There must have been strong chemistry between the two ambitious young archtects, for the next year Alvar convinced Aino to join his practice, and the couple were promptly married.

Jyväskylä provided the Aaltos’ with the opportunity to dream up their own designs. The Aalto’s spent much of these early years travelling in Europe, familiarising themselves with the new wave of Modernist architects such as Walter Gropius and Le Corbusier, though the influence of Classical styles is stil visible in works such as the Jyväskylä Workers Club (1924-1925). Through their involvement in CIAM (Congres Internationaux d'Architecture Moderne), the Aaltos’ developed close ties with European architects, critics and writers such as Sigfried Giedion, Philip Morton Shand, and Bauhaus teacher and photographer László Moholy-Nagy.

Their breakthrough came in the early 1930s. The Aaltos’ modern and clean style, infused with light and open airy spaces, combined with a functionalist approach, and particularly Alvar’s interest in solving technical design problems in collaboration with engineers, such as the support pillars made for newspaper printing rooms of the Turun Sanomat Building (1930) won their practice the support of industrialists. The ‘paper devil’ Gösta Serlachius helped them receive a commission to design their first industrial and large-scale project.

The Toppila Pulp Mill (1931) in Oulu was in many ways a turning point and a test bed in Aaltos’ career for its functionalist yet modern design as well as the interesting technical solutions made from cast concrete. Many of the style elements that the Aalto studio is so well known for were tested at this site, such as the use of bold colour schemes and dramatic uses of space, exaggerated forms and a emphasis on light. The mill’s unique wood chip silo Aalto Siilo (1931), received notable attention in Arkkitehti magazine and was photographed by László Moholy-Nagy. Its success secured the Aaltos with dozens of paper industry commissions for the years to come, most notably Sunila (1938), Tehtaanmäki (1939), and the Enso-Gutzeit headquarters (1962). 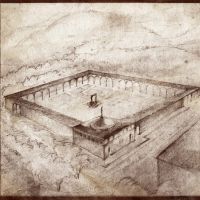 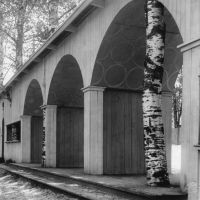 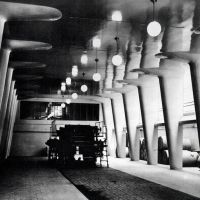 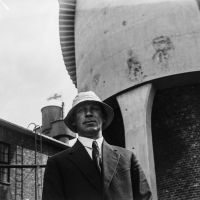 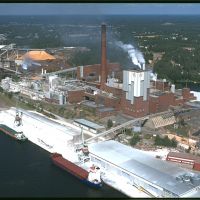 A Modern approach to materials

Of the two, it was in fact Aino Aalto, who possessed the intimate understanding of materials, which is so characteristic of their architectural work. Early in her career she had studied carpentry at the Hietalahti factory and had also worked as a bricklayer – quite unheard of for a woman at the time. Aino’s expertise with wood and brick, as well as her later passion for glass were key to the couple’s curving forms, which led into the fields of furniture and design. It was their achievements in the field of design that first won the Aaltos’ attention significant abroad at Fortum&Mason, Milano Triennales, and the Paris World Expo in the 1930s. The Bölgeblick glass series (1932) and Aalto vase (1936) made in collaboration for the Iittala glass company have become design staples of Finnish households.

The Artek furniture company, specialising in curving laminated wood furniture was formed in 1935. Aino acted as head designer and was in charge of the day-to-day running of the business, whilst Alvar developed an increasingly holistic approach was keen to promote the use of their furniture as a part of the architectural designs. The two began to approach the whole building as a work of art, and therefore it is no surprise that also Aino’s design work quickly expanded from wooden furniture and glass to light fittings and fabrics. The Savoy restaurant interior (1937) and Villa Mairea (1939) are perhaps the most comprehensive example of the Aaltos’ floor-to-ceiling approach.

A love affair with space and light

Though the 20th century has laid much emphasis on the lone male genius, hermetically sealed in his studio, the Aaltos’ approach was always highly collaborative. The couple worked together on both architectural and design projects, and many of their most notable successes, such as the Finnish Pavilion at the New York World’s Fair (1939), came through this collective effort of spatial and material thinking. It’s curving design of thin wood strips, which let light shine through in imitation of aurora borealis, was hailed as a "work of genius" by celebrated architect Frank Lloyd Wright.

The Aaltos’ personal style from the period is epitomised by a strong humanistic approach, which emphasized natural materials, organic curving lines, a generous use of natural lighting, open airy spaces, and an attention to user experience. The best examples of their work from this period are the Paimio Sanatorium (1933), where the Aalto’s spent much time considering the spaces from the perspective of tuberculosis patients lying in bed and created custom furniture and colour schemes with healing in mind; and the Viipuri Library (1935) with its skylight reading spaces and the auditorium’s acoustic wood-panelled waving ceiling. The combination of architecture and design elevated the Aaltos to international attention, which culminated in a solo exhibition at New York’s MOMA (1938) – a recognition previously only granted to Le Corbusier – and a feature in Sigfried Giedion's defining review 'Space, Time and Architecture' (1949), which granted Aalto designs more space than any other architect. Over 25 years of collaboration came to a halting end with Aino’s death from cancer in 1949.

Rather more interesting than the grandiose public commissions however is the Muuratsalo Experimental House (1954), which he begins building as a summer house after meeting his second wife, architect Elissa Aalto née Mäkiniemi (1922-1994). Muuratsalo becomes Aalto’s test laboratory and playground, where his material and strucutural ideas, particularly on solving problems of free-form structures and incorporating nature into his structures, were put into practice. It is famous facade made of different brick and ceramic test tiles reminds us of how continuous experimentation helped push Aaltos’ work forward. His notes of planned experiments that were never completed, such as the ‘solar heating’ experiments, leave us dazzled by how much ahead of his time Aalto’s thinking still remains.